The origin of the Golden Ratio

The origin of the Golden Ratio

Also nicknamed as the golden ratio or divine proportion, the golden ratio has always been present in the universe, nature and more specifically in mathematics, and something more confusing is its origin since it is not known exactly when and who started using it.

What we do know is that it began to be used in architecture in ancient Egypt and in classical Greece.

Phideas, a renowned Greek sculptor and mathematician, pioneered the study and implementation of the golden ratio in some of the Parthenon sculptures.
Later Plato, in his work, Timaeus considered that the golden ratio was the mathematical relationship most linked to the physics of the cosmos and the greatest key to understanding it.

It was Euclid who finally wrote and defined the golden section for the first time in his work Elements of Geometry.

Although this was already known in the mathematics of India, Leonardo Fibonacci, was the one who discovered the mathematical properties of this numerical sequence in the West.

Some Renaissance artists used the Golden Ratio often in their paintings and sculptures to achieve beauty, balance, and harmony. Leonardo da Vinci also used it to define the fundamental proportions of nature.

The term Phi was not defined until the 20th century, at the hands of the mathematician Mark Barr who used the letter phi (Φ) to designate the golden ratio. During the 19th century the golden number was identified as ταυ (Tau), until Mark Barr gave it the name Phi Interestingly, Phi is the first letter of Phidias, who used this proportion in his Classical Greek sculptures. It is also equivalent to the letter “F” in the Greek alphabet, the first letter of Fibonacci. Chance?

If you think that the golden ratio suits you, don’t hesitate to check out our blog, where you can learn more about this type of content and many more. Because we are lovers of architecture, nature and knowledge! Contacta amb Pallars Fustes.

For more information call 872 029 065 or write to comercial@pallarsfustes.com 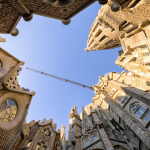 The golden section in architectureBlog

Wooden solutions for the homeBlog 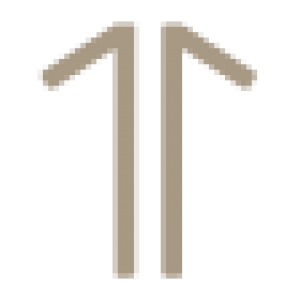